Guru Nank Dev University, Regional Campus Sathiala was established in 1990. It is situated on the periphery of Sathiala town in the lap of pristine nature. 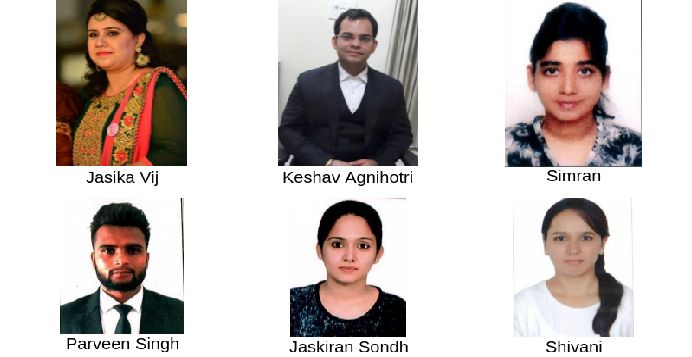 Six students of GNDU, Department of Laws, Regional Campus, Ladhewali, Sathiala have cleared PCS Judicial examination (2019-20), the result of which was declared on February 1, 2021. The students who cleared the examination are Jasika Vij, Daughter of Devinder Vij, LL.B (2005-2008),and LL.M (2010-2012), Keshav Agnihotri, Son of GK Agnihotri, BA, LL.B (2008 to 2013), Simran, Daughter of Baldev Parkash, BA, LLB (2013-2018) and LLM, (2018-19), Parveen, Son of Bakshish Singh, BA, LLB (2013-2018) and LLM (2018-19), Jaskiran Sondh, Daughter of Sharnpal Singh, BA, LLB (2013-18), LLM (2018-19), Shivani, Daughter of Nirmaljit, LLB, (2014-2017). Dr. Jyoteesh Malhotra, Associate Dean, GNDU Regional Campus, Sathiala, Dr. Rupam Jagota, Head, Department of Laws and all the faculty members congratulated the successful candidates and wished them success in future. Dr. Rupam Jagota said their perseverance and dedication to achieve their goal is worth appreciating. The campus Alumini has always made us proud. Previously also number of students of GNDU Regional Campus, Sathiala has qualified the PCS (Judiciary) and is currently serving as judicial officers in various districts of Punjab. 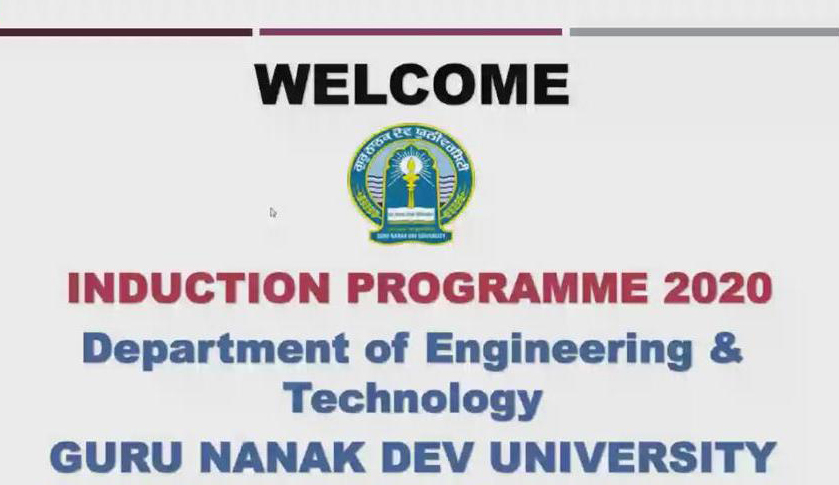 On 7th October 2020 ,Engineering and technology department, GNDU campus Sathiala organised induction programme for the new batch 2020. The induction programme was brought in with a view to uplift the level of the new entrants as it was aimed to enhance students’ familiarity with the faculties, its facilities and a plethora of activities of the institution. With a fresh exposure of the induction programme, the students were made familiar to the milieu of the institution with zeal enthusiasm. The induction programme started with a cordial inaugural speech for the entrants with introduction to all the faculty members of GNDU campus Sathiala. Dr. Hamandar Kaur , Assistant professor aapprised the students about the innumerous university achievements. Later the Head of the Department, Dr. Jyooteesh malhotra warmly welcomed the new batch and briefed them about the examination and evaluation process , activities conducted. After that Dr. Pankaj Deep Kaur , assistant professor described the details about careers and placement at GNDU. Subsequently the alumni of our campus Er. Pargeet Kaur , Er.Sherya Dawar , Er.Karamjeet Singh and Er.Abhishek Sharma interacted with the new students and shared their cherished experiences at GNDU . Then a glimpse of cultural events , sports events and various club activities was displayed. At the end Oath taking ceremony was held to inculcate the feeling of affinity. The programme concluded with a thank you note. The induction programme 2020 was successfully organised under the guidance of Dr. Jyoteesh Malhotra , Head of Department coordinated by Dr. Harmandar Kaur , assistant professor and Er Neetika Soni, assistant professor with students -Neha Uppal , Sukriti Marwaha , Mehardeep Sethi and Nehal Sharma. 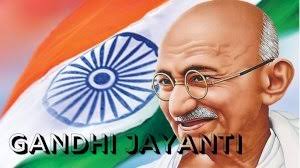 As we all know that Mahatma Gandhi has been given the title of ‘Father of India’ as he took up the path of non-violence to fulfil his goals. An international organisation like United Nations General Assembly has marked his birth anniversary as the International Day of Non-Violence which is October 2. Students participated in the celebrations of this day of national importance to spread awareness about the great teachings of the timeless thought leader who contributed to our independence. The EVENTS for the online competition were: I. Sketching II. Poster Bhumika Aatri bagged the first position in both the events, Pranshu Sharma won the second place in sketching while Aanshu Chibber won the second position in poster making. The event was coordinated by Dr. Harmandar Kaur and was organised under the able guidance of the Dr Jyoteesh Malhotra, Head of the Department of Engineering and Technology.